When you enjoy dressing vintage, you come to know a few things about what was in style in every decade, sometimes even each part of a decade. When you’re a person like this, you can make a reference to the 20s, get a response such as “oh, you mean Marilyn Monroe?” and not know whether to laugh or cry. In fact at a recent history inspired event someone said to me “I wasn’t sure if you were WWII or Titanic.” Putting aside the fact that either way it sounds like I looked like an epic disaster, if someone had been on the Titanic looking like I did it would have meant they got there in a time machine. Don’t get me wrong, she was a very sweet lady. But it’s common. I don’t expect the average person to be able to tell the difference between 1870s style and 1880s style, but we only just recently got out of the 20th century. It’s a very near part of our history, and its fashion has a major impact on what we wear today. How can you do 50s if you don’t really know what the 50s looked like?
Even if you don’t take style queues from the past, it can be extremely interesting to track its progress. And one thing I love doing is watching old movies and trying to guess their year or the year they were based on by the clothes they wore. I’m getting sort of good at it – I can usually guess within 3 years.

I was going to try explaining each decade typically considered part of the vintage era, but then realized there were way too many intricacies to do this properly. It would be too complicated and I would probably get it wrong somewhere along the way. In fact when I see a vintage outfit, I don’t find myself mentally deconstructing it in order to tell what decade it’s from, it’s simply recognizable. So here is a compilation of pictures, to help you become more familiar with the look of each decade and what makes it unique. 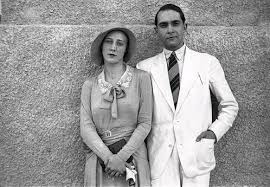 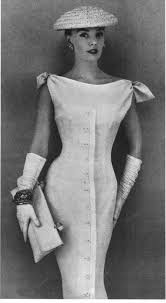